I've been in Chicago for the last four days hanging out with the gang at Community Christian Church in Naperville, just outside of Chicago. They are innovators in many areas, but I was most impressed with the leadership culture at their church. I've returned home with a lot to think about...

The biggest news of my week is that we were able to come home one day early, which means that I returned home today on September 8th instead of tomorrow, September 9th as planned.

That's important because someone in my house was born on September 8, 2001. Aidan turned seven today. I missed Eli's seventh birthday two summers ago because of this ridiculous job. His birthday fell in the middle of a seven-week tour, and it was incredibly painful to be absent from my family for that long. So...coming home a day early means that I have still only missed that one birthday of the sixteen they have now shared.

Here's a recent photo of Aidan and the striking young fella he was named after, Saint Aidan of Lindisfarne: 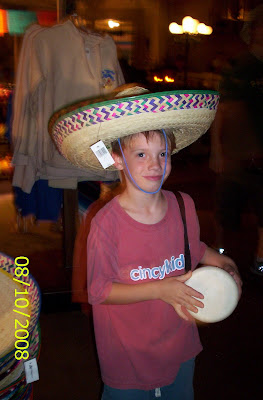 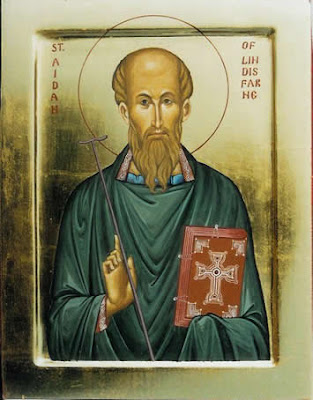 great men are born on september 8... watch out!

I see the resemblance.

Glad to hear you made it home for his special day!

Of
MID
DLE
TO
WN