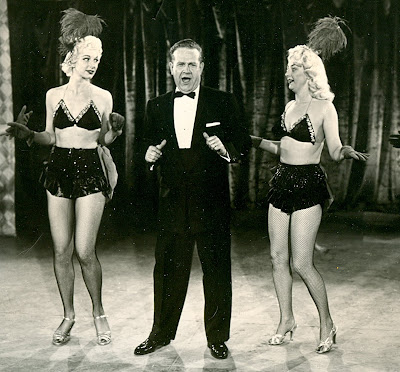 At some level we are all performers. We play for the audience in front of us - our boss or family or friends. We all tend to think about other people's perception a little more than we should. Life is a tricky balance of performing (doing) and not performing (being).

Some of us, whether through DNA or early childhood development, are hardwired to be performers. We gravitate to the stage or screen. We instinctively know that getting a "B" isn't really an option when an "A" is on the table. We obsess on finding those things that we do well...and when we find them, we do them over and over, striving to do them better each time. Without performers the world would be a rather boring place. In America we tend to elevate the stories of high performers, especially those who seem to come out of nowhere. We love telling that story. Perhaps too much.

It creates a tension in the heart and soul of a performer personality. No doubt I am one. Most everything I do has a performance element to it. I teach lots of people on the weekends at my church. Some of those people tend to comment on my "performance" one way or another after my teaching. In a split second, any teacher can lose sight that his job is first and foremost to introduce ideas to his students that have the power to adjust the trajectory of their lives. The teacher's job is not necessarily to perform for their students. It's easy to forget that. In my spare time I write books, make movies, act and do improv. Those are all high performance activities. They all actually require an audience to "work." To me, this is proof that I am one of those hardwired performers. When a person rests from a performance centered vocation by performing in other ways that's kind of dead giveaway.

It's easy to judge a performer personality as self-absorbed. I suppose most of us are at some level. But, who isn't really? The reality is, most of my high performing friends actually drift more toward self-hatred than self-love. We seem to be trying to out perform or innate ugliness and perceived worthlessness. It's generally not very pretty when you get too close to a hardcore performer. Most of us perform from our deepest pain. Some of the greatest actors, comedians and improvisers I have worked with are incredibly self-conscious and needy. Most are completely unaware of their own greatness at their craft. Some even pretend to be great as a way to cope, but in a vulnerable moment they will admit a desperate loneliness.

All of this is coming from my return to VCC this weekend. I desperately wanted to return "to the stage" and perform well. Honestly, not for me or my ego, but for my church. I wanted to do my part - to use my gift - to help people experience the only one who looks past our performances to see our true being. For those of you who don't know, when I teach I do it four times over a weekend: one on Saturday and three on Sunday. I wasn't particularly pleased with my message Saturday night. Sometimes it just doesn't feel right. I put several more hours into it and showed up Sunday morning with what I felt was a better version. As I was walking into the building Sunday morning, a friend of mine told me that what I had said Saturday night "changed his life" and "was by far my best teaching ever." I wanted to argue with him, but he seemed genuine. (To my credit, a few others whom I trust admitted it needed a little work, so I don't think it was just me being too hard on myself.) All to say, maybe in God's economy it is a lot more about showing up and doing your best in the moment. He has a way of working through an "average performance." Odds are He sometimes prefers it.

But I wanted to redeem myself with my three more chances to perform on Sunday. Then at the 9:00 a.m. Celebration my microphone didn't work for the first five minutes of my talk. With our new time structure, a five minute delay meant cutting 20% of my message on the fly. So again, at 9:00 I was scrambling to deliver the reworked message with even less time. At the 10:15 Celebration I nearly fainted during my introduction for some unknown reason and had to sit down on a stool to regain my balance. I think I played it rather cool, but it got into my head for a few minutes. At the last Celebration (11:45) I was ready to finally "do it right" Unfortunately, there was an up and coming performer in the crowd - a toddler determined to prove that you don't need a microphone after all to get the attention of a few thousand people. I never know what to do in those circumstances. I tried to speak over him, then I tried to wait him out, but he had a good fifteen minutes of intense vocality in him. That kid is gonna be a star. I think he won the battle Sunday morning. I should have asked the family to step out...but trust me, theologically speaking, that totally sucks to do.

I left the whole weekend experience feeling a lot like my beagle after he pees on the carpet. Rather embarrassed in a confused kind of way. I think I did my best...but a true performer will never admit to that. We are the first to see what we could have done better: a few more hours of prep, testing a microphone before turning it on, using the kid-screaming-teaching-moment to say how great our children's classes are, etc. Maybe even a little more protein in my breakfast would have fought off an unexpected bout with vertigo. I could have done better. We can always say that. That's the worst part of being a performer. We think our performance matters a lot when sometimes it only matters a little.

Then the e-mails started flooding in this week. Countless people saying that this was their first weekend at church in years. All of them saying they will be back. Most of them saying they cried their way through the Celebration because they felt so close to God. I wanted to tell them that I wanted to cry too...but it was for different reasons.

And so, the mantra that my mentor Dave taught me rings loudly in my ears today: "Get over yourself." Maybe that truth is even more central for us performers. God made us this way. He gets it. He's a good dad. He loves me just as much when I am sitting on my couch doing nothing as he does when I'm receiving the accolades of some crowd somewhere. I love my kids just as much, maybe more, when we are having dinner or driving in a car than when they hit a home run or bring home a nice piece of artwork from school. I love them, not what they do. I love them because they are mine. You'd think I'd understand by now that God (and in theory God's people) love me that same way.

It is a tricky balance for us all. What you do is not who you are. But what you do also matters. So do it well...but performing never trumps belonging. Ever. So, get over yourself performers and let yourself be loved this week. It's the only antidote for your unspoken pain.
Posted by Joe at 11:53 AM

Funny. I thought this weekend's teaching (I went to 11:45) was one of the best I had ever heard from you, or even at the Vineyard for that matter (I've been going for almost 19 years). As a filmmaking enthusiast myself, as well as an overall artsy fartsy type, nearly everything you said up there connected with me on a personal level (especially the... Read more bit about the stories feeling more real to you than real life). Your story and personality are so much like my own.

This post really connects with me too. I remember leading worship at this little church. Everything felt off... I didn't particularly like or felt comfortable with the songs, my throat felt all weird, and the people just stared at the screen the entire time. Afterwards, a whole bunch of people came up to me and told it was one of the most powerful times of worship they had experienced in a very long time. Obviously, it couldn't have been by any of my own doing. God just seems to like working though these sorts of situations.

Joe, I'll tell you why it seemed so effective to me: it was unpolishedly genuine. I was at 9:00 and felt so badly for you when the mike went. As a result of the time crunch, you had to push some things together. I think that because your mind works so well while improvising that your best thoughts actually occur in those split seconds between bullet points.

I have a couple of friends that are going to go to church with me for the first time over the next couple of weeks. I will, without a doubt, show them the video of that message. I doubt they'll put the 9:00am out on the Information Super Highway, but no matter which one it is, it will be genuinely you.

Have you ever thought of organizing your messages the way that you organize your movie scripts? Put together the basis, but then let it come together as Joe being Joe in an improvisational masterpiece.

Next time you put G.I. Joe in a message, how about a little shout out to Sgt. Slaughter and Crazy Legs?

Hey Joe! I wasn't in Cincinnati this weekend, and I'm really upset that I missed the start of the awesome comic book sermon series. I just checked on the vcc website and it's not up yet. Am I just being impatient or is it not going up at all?

I was just getting ready to view the video version of your session this past weekend and now I am wondering if I should? Of course, I will. But I must admit that I enjoyed this post..especially the peeing beagle reference.

I have found that when we feel we are at our most akward time is when many times we are at our best performance wise. I noticed it Sunday at the 11:45 celebration. You had my attention.

I totally resonated with this blog! I had to create this blog ( www.isthatjesus.blogspot.com ) just so I could say things that my "performance self" could not say.

Thanks for the words!

I sat next to the toddler, not my kid, but sorry, i know how painful it was