I'm home tonight and tomorrow, then back to LA for the official launch of the tour. Things went well overall with training and our first show was great. On Friday I had what appears to be a panic attack while watching X-Men 3, which may or may not be a commentary on the film. I nearly fainted. I'm going to see my doctor here in OC tomorrow for a check up. They tested my heart, blood pressure and sugar levels and found them normal. I've never really had anything like that happen before, so it was a little freaky.

Just finished the first day of media training. It was actually rather fascinating. Our trainer was in the White House press corps during the Reagan administration. He had some cool stories and taught us how to not say stupid things on the radio. The Hampton website will launch June 1. It's www.hamptonbedheads.com, but you won't be able to see it until June.

There will also be a full page color ad in the Wall Street Journal and USA Today on June 1 showcasing my messed-up hair if you are so inclined.

For you so-cal people, we have a gig at Westside Ecclectic in Santa Monica (In the Third St. Prominada next to the food court) this coming Saturday at 9:30 pm. It's an hour of long form improv and the unofficial kick-off.

The auditon went well today. I was there over an hour...it was much like the first two times. The producer remembered me. Ashton was there for the first part and then left. He had a beard not unlike one the others on Lost.

I certainly did well enough to get the part, now it's just whether they want me and whether I am available.

I leave in a few hours to go to the Hampton Inn near LAX. Three full days of training in Beverly Hills and then a few days off before the tour starts June 1.
Posted by Joe at 11:17 PM 2 comments

Months ago I auditioned to be a series regular on Punk'd. They called my agent today and want to see me again Wednesday afternoon...straight to Producers (Ashton Kuthcer and a few others). This would be great news if I WASN'T LEAVING FOR SIX AND A HALF WEEKS THE NEXT DAY! I'm guessing that someone didn't work out...it has to be a short list. This will be my fourth callback.

Argh. Well, I'm going to go meet with them anyway. I'm rather certain that filming would begin before July 17 though.

Six days left before the tour starts. Tonight is my last Lifelines meeting...I'll be teaching on Exodus 17-seeing Yahweh as the One who Fights For Us. Imagine the peace that would invade the planet if we trusted one greater than us to do the fighting. We can barely be trusted to love, how could we possibly be trusted to fight? This is generally why I am a pacifist...not because there is never a time for battle, but because there is no human being wise or loving enough to discern when that time is. At least I am not.

As I prepare to leave I am excited about performing and having a steady, good-paying job for seven weeks. I'm excited to spend time in new places with new people. But, I'm less than excited about leaving home for so long-mainly leaving Debbie and the boys, but also my work with Lifelines and in Hollywood. I'm auditioning very well this month and getting callbacks...you hate to leave when you are in a zone. See why this career path is so screwy? You hate BOOKING because you can't audition to BOOK the next gig...it's just dumb like that.

In other news...I now have an ipod which came with my new computer....as a result I have, really for the first time in my life, been able to actually choose a soundtrack for my life. I have found a few things about my musical tastes. 1. I'm a lyricist more than a musician. If I can't understand and connect with the lyrics, I tend to not care about the sound. 2. I'm very across-the-board in musical syles. For better or worse, here are the most common artists in my ipod: U2, Rich Mullins, Counting Crows, Jenny Lewis & The Watson Twins, Billy Joel, Green Day, Mindy Smith (we went to college together), Bruce Hornsby, CCR, Bob Dylan, Norah Jones, Elton John, Indigo Girls, Frank Sinatra, Tony Bennett, Ray Charles, Joe Cocker, Nirvana, John Mayer, Oasis, and The Eagles.

Guess I don't really rock too much...it is a little jarring when Green Day follows old blue eyes on shuffle...but it's me.
Posted by Joe at 1:13 PM 1 comments 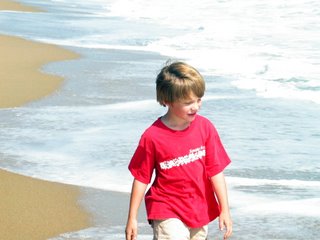 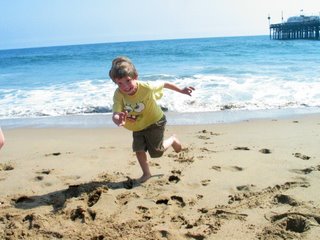 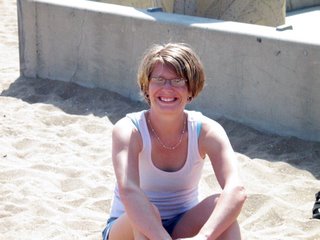 In a rare fluke our entire family was home this afternoon, so we took the car into the dealership for a check up and wasted a few hours at the beach. The new camera loves the new mac...my pc wouldn't acknowledge it.

Guess I didn't get the poker commercial...I have a 3:30 photo shoot tomorrow morning in Hollywood...so I'll be taking a nap in a few hours and heading out. Enjoy the pics.
Posted by Joe at 12:01 AM 5 comments

Had a callback today for an online poker commercial with Doyle Brunson. I feel like it went well. It shoots Wednesday, so I should hear in the morning if I got it...maybe would have heard already though. It would be nice to knock out a commercial before leaving next week...
Posted by Joe at 11:41 PM 0 comments

We have spent the last two days at Legoland in Carlsbad with the Caldwells. Overall, a good time was had by all. Eli loves roller coasters...I tolerate them, but something about seeing his excitement helped me like them more. Aidian's a little more fearful of them, which is odd because he's a pretty adventurous kid.

This is the last full week before my tour starts. I'm waiting to hear back from a few auditions and have booked a little print gig for Nissan. Other than that, not too much is planned.

The kids picked out Debbie's Mothers Day gifts which included a candle, a book and an electric can opener. Good times.
Posted by Joe at 10:40 PM 0 comments

I have bought a mac.

It's a good thing...kind of like joining a cult though...a tragically hip, technolgoically superior cult.

Also, I'm getting a lot of submissions for the My Take writing contest. Pretty cool stuff from all over the world. Visit www.mytakefilmcontest.blogspot.com if you haven't yet.
Posted by Joe at 6:17 PM 1 comments

Pictures from my new camera 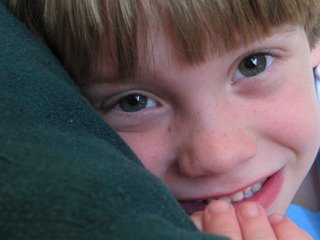 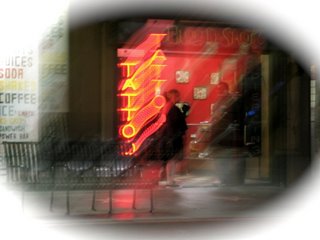 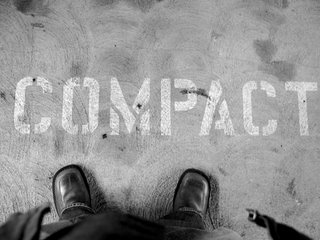 Here are some pictures from the new camera that my buddy Steven gave me. That's Aidan at home and a few pics from Hollywood.
Posted by Joe at 6:20 PM 0 comments

I had this brainstorm tonight that might work...might not. I've started a writing contest through my production company. If you want to play along, feel free. It's a simple concept. I've posted the rules for submission at www.mytakefilmcontest.blogspot.com.

I haven't stopped since Friday. I spoke for Tim at The Crossing this weekend on David and Goliath. Overall I feel like it went ok, but I felt a lot better about the last two attempts than the first two. On Monday I worked on an industrial video shoot and yesterday was packed with errands and paper work associated with the Hampton gig. Several meetings today and an audition in Beverly Hills...

It looks as though I did not get the TV portion of the Hampton project. I could tell in the room that I wasn't giving the director what he wanted...some sort of face that I couldn't produce on command. Commercial acting is this odd mix of "subtle" yet entirely produced and manipulated. I think it's much harder than typical film or tv stuff...for me anyway.