Doing Nothing is Hard.

I think Holidays are exceptionally hard to handle for driven people. Mandatory world-wide down time is frustrating to people addicted to action and interaction. (It's the kind of thing that could make the world's greatest golfer freak out at two in the morning.) I put myself in the category of those addicted to action. Unplugging from the internet for about 36 hours over Thanksgiving was kind of hard for me. I had a few emails come in from some very driven, very successful people in my life on Thanksgiving night. Didn't surprise me at all. When I was primarily a professional actor I would always send a "year in review" update to all of my professional contacts the day after Thanksgiving. It gave me something to do. Hollywood more or less shuts down between Thanksgiving and New Years. It was always maddening to go from auditioning one or two times per day to about once per week. It was depressing.

These days my professional life is more or less defined, but I have felt those manic urges that always flood my mind after a day or two of "rest" - the compulsion to start writing a new book or to edit an old screenplay or to sign up for some obscure art appreciation class at the community college. I've heard that the ancients didn't have a word for boredom. I don't know if that is true or not...but it seems the more people have to do the more capacity we have to become bored.

My summer vacation this year was more working fun than resting downtime. Since then I haven't stopped. I don't feel physically exhausted. I've had days to rest and relax. I just feel like I am on one of those remote control race car tracks that goes in circles at high speeds and never ends. Here's a helpful hint that I have learned - the harder you run, the harder it is to stop. The first few days of trying to "rest" tend to be very frustrating. It's hard to detox from doing. At a similar time in my life years ago, I went on a spiritual retreat - 3 days of silence and solitude in a beautiful monastery in San Jose. I slept 20 of the first 24 hours. That should tell you something.

Debbie and I are heading to Cancun next week for five days to celebrate 15 years of wedded bliss. It is not our normal sort of vacation - we tend to like cities, musicals, movies and urban action. Our tenth year anniversary trip was to San Francisco. That's more us, really. But I think this is what we need - a self-imposed lock down in an all-you-can-eat-and-drink tropical resort sounds about right for 15 years of marriage. I have a hunch the first day of doing nothing may be harder than I expect...but I fully intend to get used to doing nothing before coming back to face winter number three in the Great Midwest.

“Don't underestimate the value of Doing Nothing, of just going along, listening to all the things you can't hear, and not bothering.” -Winnie the Pooh
Posted by Joe at 5:11 PM 6 comments

The Ethics of Elfland 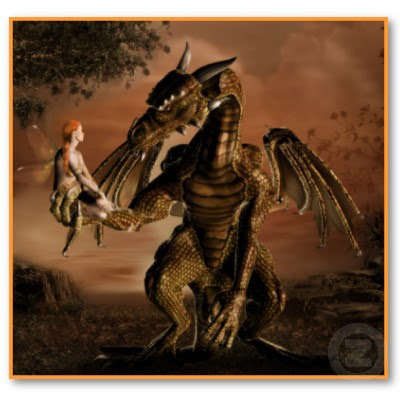 This morning I re-read "The Ethics of Elfland," the fourth chapter of G.K. Chesterton's Orthodoxy. Chesterton is hard for many people to digest, but understanding him changed my life. Here's a quote that jumped out at me today:

I dare you to read the whole chapter by clicking here. Double-dog dare you.
Posted by Joe at 1:52 PM 3 comments

My friend Fuller made me think of this scene from On the Waterfront today. Once Eva Marie Saint drops her glove, the scene is improvised. The actors momentarily lost their place and direction, but the director didn't cut. I think Brando's "crickets make me nervous" line is one of the greatest in the history of improv. Just wanted to share it today: 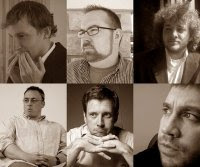 Get your improv on:

My book - Between Two Kingdoms

- is now available for pre-order on Amazon, though it won't be coming out until March/April. If you'd like to pre-order your copy you can click on the link below. If you never ever buy one, we can still be friends - just to let you know. I always feel a little funny about marketing my stuff, but lots of you have been asking about it. I wanted to let you know it is available.

Here are the details:

If you have a favorite picture of Charlie you would be willing to share with his wife and family, please bring it to the visitation and help us create a photo collage of the people, places, and activities that he loved.

A note from Dana Cochran: Some of you have been asking if you can bring food, etc. At this time they have plenty of food scheduled for Angie and the kids. If you would like to contribute in other ways, gift cards would be great. (dining, groceries, etc.) You can bring them to the Vineyard Resource Center (offices) and leave them at the receptionist desk. We will also have a basket on Thursday at the South Lobby Info Desk. We will make sure that Angie receives them. In lieu of flowers, Angie has asked that contributions be sent to the Mason Vineyard where Charlie poured his heart into the last 6 months. Mason Vineyard’s address is 808 Reading Road, Mason, OH 45040.
Posted by Joe at 5:11 PM 0 comments

Some of us could use a little funny about now anyway...

As I look for words to respond to members of my community over the sudden and early loss of one of our friends, I have found myself turning back to a mentor of mine. Nobody I have read faced death as honestly as Nouwen. He took the time as he was dying to write for those of us he knew would face our own death and the deaths of those we love. I have few answers, but Nouwen helps me process:

When we honestly ask ourselves which person in our lives mean the most to us, we often find that it is those who, instead of giving advice, solutions, or cures, have chosen rather to share our pain and touch our wounds with a warm and tender hand. The friend who can be silent with us in a moment of despair or confusion, who can stay with us in an hour of grief and bereavement, who can tolerate not knowing, not curing, not healing and face with us the reality of our powerlessness, that is a friend who care

Let us not underestimate how hard it is to be compassionate. Compassion is hard because it requires the inner disposition to go with others to the place where they are weak, vulnerable, lonely, and broken. But this is not our spontaneous response to suffering. What we desire most is to do away with suffering by fleeing from it or finding a quick cure for it. As busy, active, relevant ministers, we want to earn our bread by making a real contribution. This means first and foremost doing something to show that our presence makes a difference. And so we ignore our greatest gift, which is our ability to enter into solidarity with those who suffer. Those who can sit in silence with their fellowman, not knowing what to say but knowing that they should be there, can bring new life in a dying heart. Those who are not afraid to hold a hand in gratitude, to shed tears in grief and to let a sigh of distress arise straight from the heart can break through paralyzing boundaries and witness the birth of a new fellowship, the fellowship of the broken.

When we become aware that we do not have to escape our pains, but that we can mobilize them into a common search for life, those very pains are transformed from expressions of despair into signs of hope.

Every time there are losses there are choices to be made. You choose to live your losses as passages to anger, blame, hatred, depression and resentment, or you choose to let these losses be passages to something new, something wider, and deeper.
Posted by Joe at 11:19 AM 2 comments